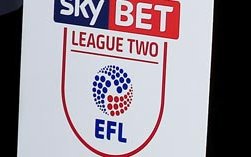 Hartlepool United have only 3 points left to play for in this year’s battle in League Two.

With the games dwindling down now at the real business end of the campaign as Hartlepool United find themselves heading towards the end of May, there is one game remaining in the campaign as we continue to push for League Two survival this year.

Sitting in 23nd place in the table on 43 points, we are now two point behind Newport County who have replaced us in the safety spots and things certainly aren’t looking good.

Winless in eight but with seven defeats means the club is clearly heading in one direction and had Newport not slipped up last weekend, we would of course already be in the National League.

Doncaster Rovers’s form has slipped in recent times but they continue to sit in second spot in the table having secured automatic promotion but we need a win and need Newport to slip up a second time this weekend.