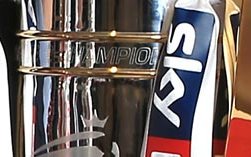 The League 2 season concluded with the latest round of games played over the weekend.

A dramatic finale saw Portsmouth coming from third to win the title ahead of Plymouth and Doncaster, both failed to win.

Here’s a round-up of the League 2 action from the other games.

Blackpool knew a win in the visit of basement side Leyton Orient would secure a play-off spot, which proved to be the case as Pools saw off the already relegated Orient 3-1 to book a date with Luton.

A 2-0 win over Yeovil wasn’t enough for Colchester to finish in the top-seven. The U’s, eighth, finished a place and a point behind Blackpool.

Crawley came back from two down to draw 2-2 with Mansfield – had they held on to win it still wouldn’t have been enough for the Stags to finish in a play-off spot.

It was a fine end to the season for Crewe as they ended Barnet’s quest for a third successive victory with a 4-1 win at Gresty Road, finishing 17th, a couple of places behind the Bees.

Exeter, twice pegged back, went into the play-offs having eventually suffering a 3-2 defeat in the visit of Carlisle, which secured the Cumbrians’ own top-seven finish – the sides will meet again in the semi-finals.

Grimsby couldn’t hold onto a lead against Plymouth, who needed a win to confirm the title, but a 1-1 draw at Blundell Park meant the Pilgrims missed the chance to go up as champions, Portsmouth’s win saw them win the league ahead of them on goal difference.

It was heartbreak for Hartlepool, a 2-1 win over title-chasing Doncaster wasn’t enough to prevent Pools’ 96 year stay in the Football League coming to an end when Newport scored a late winner – long-term leaders Donny ended third behind champions Portsmouth and runners up Plymouth.

Luton, who were basically assured of finishing fourth anyway, went into the play-offs with a 3-1 win over Morecambe to make certain – the Hatters will come up against Blackpool in the semi-finals.

A last minute winner, having previously seen a lead pegged back, saw Newport record a 2-1 victory over Notts County to keep them in the Football League. Had it not been for the goal the Exiles, not Hartlepool, would have gone down.

Portsmouth went into the games as the outsiders to win the title, a 6-1 victory over Cheltenham, coupled with Plymouth’s draw and a Doncaster defeat, meant Pompey went from third to champions.

Stevenage, who had been pushing for automatic promotion not too long ago, missed out on a play-off spot following a 3-0 defeat in the visit of Accrington. However, even if Boro had recorded a win it wouldn’t have been enough.

Wycombe and Cambridge both knew a win was needed to have a chance of making it into the top-seven. The Chairboys’ home advantage worked in their favour as they recorded a 1-0 win, but this wasn’t enough to secure a play-off spot, they finished ninth, the U’s 11th.

Who was the MotM? That’s what the latest poll is asking so do cast a vote.

Did a starter, or someone from the bench, offer the most?

Select the name you want from the list in the poll to your right. We’re also looking for some thoughts and views on the game so do share some with a comment or two below.