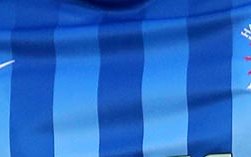 Kieran Green has signed for Gateshead on a permanent basis following his Hartlepool release.

Green, who joined Hartlepool in 2014, signing professional contract at Victoria Park the following year, made his debut as a 17 year old. He was released by Pools following League Two relegation with the midfielder making five first team appearances in total for Pools.

Last season Green was loaned to Gateshead but this temporary spell was cut short at The International Stadium when he broke his foot on his debut for the Tynesiders. However, he did enough to impress Neil Aspin into earning a deal.

In confirming his release, the Official Site went on to wish him well and also announced details of the full retained list should be released on Thursday.

‘Everyone at Pools would like to wish him all the very best for the future. The Club expects to confirm more details of released and retained players here on the Official Website on Thursday.’