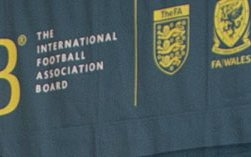 The Football Association announced earlier today that they have extended their powers when it comes to punishing retrospective simulation.

The FA have announced a new offence for the coming season, titled ‘Successful Deception of a Match Official’ and the move was approved by the FA Council earlier this afternoon so it will be in place for the start of 2017/18.

The new powers will come into play when there is ‘clear and overwhelming’ evidence that suggests a Match Official has been successfully duped by an act of simulation and and as a direct result, the offending player’s team has been awarded a penalty or seen a member of the opposition sent off.

The Fast Track System currently used will enable the FA to act retrospectively on all these incidents in between matchdays.

A panel comprised of one ex official, one ex manager and one ex player will review all available video footage of the incident independently of one another and they will then advise the FA of whether or not they believe it was an offence of ‘Successful Deception of a Match Official’ or not and worthy of an instant dismissal decision.

Like current review systems, the FA would act only when all three independent panel members are unanimous in their three decisions.

In admitted or proven cases of simulation and/or feigning injury, the offending player will now receive a two match suspension. The FA state that the improved punishment from the existing yellow card for unsporting behaviour is to act as a deterrent but also reflects the fact these instances have led to a penalty or dismissal, so a more severe punishment is only right.

In terms of the penalty, the FA aren’t going to be changing results after the fact, but for Independent Regulatory Commission they now have the power to rescind the caution or dismissal when cases are admitted or proven.

What this means in real terms for consistency ultimately lies with the panel and the action then taken as we can all point to situations that regularly receive a different decision, so it’s down to the FA.