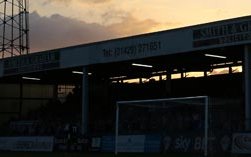 Hartlepool United were today relegated to the National League, bringing a 96 year stay in the Football League to an end.

Hosting Doncaster Rovers at Victoria Park for the game, the visitors were almost Champions elect given the battle at the top of the League Two table, but two Devante Rodney goals following his substitute introduction to the match saw us take the unexpected two one victory and we were trailing one nil until we were inside of the final 20 minutes.

Victory for Newport County in their tie against Notts County at Rodney Parade killed spirits though with only a few minutes remaining in the season of 2016/17.

Hartlepool go down in 23rd spot in the table on 46 points, two behind Newport who secured their survival.